Pick A Day To Die

by Sunburned Hand of the Man 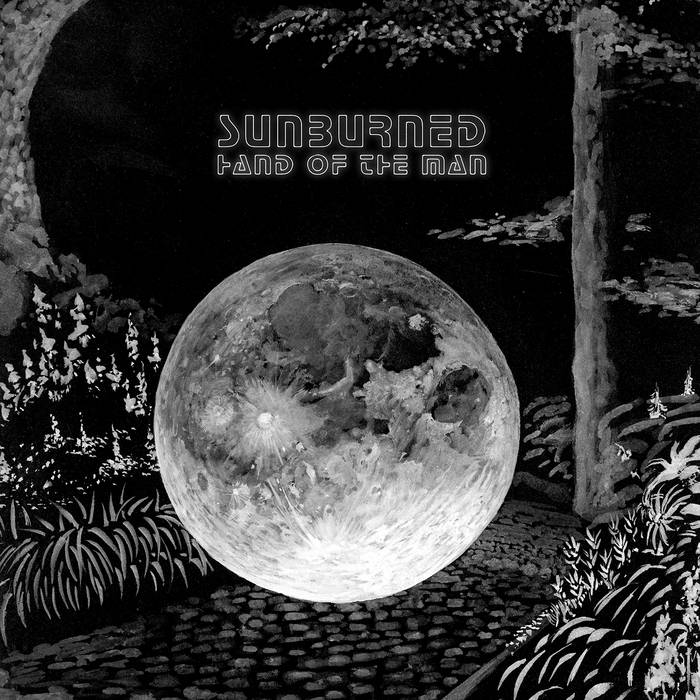 matty getloose I once bought a sandwich right after Moloney and he gave me the last napkin Favorite track: Flex.

Sunburned Hand of the Man might be the last of the great American free rock collectives. There was a time, not too long ago, when every region of this great republic could boast of its own visionary troupe of seekers and improvisers, thrumming at the frequency of the illuminated world. There was Pelt in the south and Jackie-O Motherfucker in the Pacific northwest, No-Neck Blues Band in New York and the iridescent Jewelled Antler out in the Bay Area. And up in the New England wilds, there was The Sunburned Hand of the Man. It was a glorious time to be a weirdo, even amidst the smoldering wreck of the George W. Bush administration. While the pale white hipsters of the early millennial New York rock scene were cutting the canon of American music to a thin rail of pre-approved bands and albums, the amorphous free rock tribes were expanding it boundlessly. It was all in there. A veritable head music awakening. Loft jazz and European free improv, Xpressway and Takoma, Jandek and Elizabeth Cotton, the Taj Mahal Travelers and the Grateful goddamn Dead. David Keenan of The Wire memorably called it the New Weird America. It felt to me like the mystical democracy of Walt Whitman. It was never arch or jittery or wiry; it sprawled like the continent and massed like the seas. It produced some of the most singularly thrilling performances that I ever had the privilege of witnessing. Most of those groups have since gone dormant—disbanded entirely or decomposed into smaller units and solo projects. But the Sunburned Hand of the Man remains.

Or rather, we might say that the Sunburned Hand has returned. The sudden appearance of the phenomenal "Headless" in late 2019 felt like something of a resurfacing. There had, of course, been a steady trickle of obscuro cassettes and CD-Rs over the years, filling out an already bewilderingly immense and impossible to master discography. But Headless felt like their first proper album since the release of the Kieran Hebden-produced "A" on Ecstatic Peace! all the way back in 2010. It appears that it was no one-off.

When Sunburned settled on "Pick A Day to Die" as their new album’s title, I imagine it sounded more like a cool-ass James Bond movie than a grim memento mori for a plague-stricken nation. But here we are. Assembled from recently revisited recording sessions from between 2007 and 2017, "Pick A Day to Die" captures the full range of Sunburned’s sonic jive. The chiming opener “Dropped a Rock” situates Jeremy Pisani’s lovely acoustic guitar within a vast ECM-like spaciousness, even as knocks and creaks of percussion and the almost-animal whine of electronics suggest some enclosing menace just beyond the frame. The tension is eventually relieved by the motorik rip of the killer title track. “Let’s feel the midnight,” vocalist Shannon Ketch commences a solemn Beefheart-esque rant about jet black leather diapers and eight-piece chicken dinners. The greasy cycle-delica of “Pick a Day to Die” is a good reminder that Sunburned always rocked harder and, if they felt like it, nastier than their compatriots in the early aughts shamanic underground. Ketch barks at you nonsensically to “Taste the campfire!” like Iggy taunting the bikers on Metallic K.O. And, indeed, after the space disco nitrous hit of “Flex,” they are back at it. The tight “Black Lights” is more rumble music. The long demented eastern-tinged odyssey “Initials” dominates the second side, laying malfunctioning computer vocals over a serpentine guitar line. The savage album closer “Prix Fixe” is an aborted hardcore number that slowly gives way to bluesy desert rock blowout. The legendary J Mascis lends his inimitable lead guitar to some “Maggot Brain”-like acid rock ascendance.

The thing that one has to remember about Sunburned Hand of the Man is that while they were no less committed to vast, ritualistic summonings than their siblings in the American free rock underground, they were perhaps uniquely capable of channeling that cosmic funk. There’s a throb and a groove to Sunburned’s music that made it as much body music as head music. This is a different kind of American weirdness than that which conjures ghosts and threatens to tear down the veil between worlds. This is “free your ass” weirdness that chugs and bounces. It makes us want to get out of our heads where we’ve all been trapped these past months and drive on the freeway or bop down the street or loaf like Walt Whitman in the stoned sun. Like the man said, it makes us want to taste the campfire. Pick A Day to Die. Sure, but definitely not today.