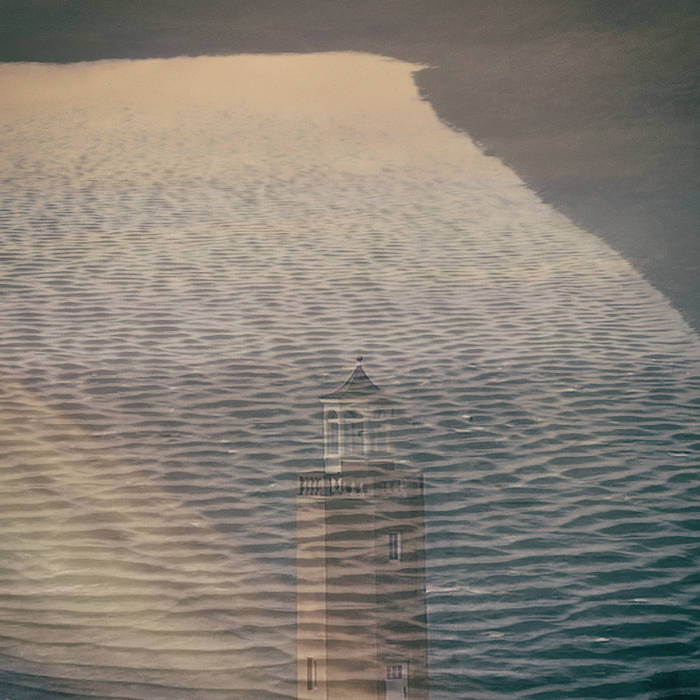 jean-michel brunet Dear Steve and John, your music is my companion for some weeks now, when I walk through the streets, when I read some books, when I’m thinking about the poor pandemic life we have. Now I need it physically, on vinyl, just to listen to it. It’s not post-rock to me, it’s avant-dream. Thank you very much. Favorite track: Ocean City.

plumplorilina Never before has an album resembled openness as much as this one to me. This goes way beyond the vast soundscape opening up in front of the listener from the first to the last track. It is also the openness to genres and styles. It is an openness to motifs and developments within the songs and across them. It is the intimacy, the open invitation of joining the experimental “jams” of Steve Gunn and John Truscinski. They let us in without boundary, without hesitation, without insecurity. Favorite track: Soundkeeper.
more...

This music does not come out of nowhere. It comes from a guitar amplifier and a drum kit, and you are standing directly in front of them. And it’s beautiful, all dozen tracks of the Gunn-Truscinski Duo’s "Soundkeeper": beautiful loud exchanges between Steve Gunn’s shimmer-blast guitar and John Truscinski’s outside-in drums, beautiful quiet exchanges that hum, beautiful melodies that evoke long-lost screen worlds and old filmstock, beautiful phrases that telescope into saturating pinwheels.

With a decade-long partnership that’s far more like a real band than their discography might imply, "Soundkeeper" is the duo’s fourth proper album. No one-off blowing session carved into tracks, "Soundkeeper" is a focused realization of the pair’s full dynamic sweep. It’s music that goes straight for it, ecstasy and flotation and otherness, neither songs nor jams. Perhaps more like windows. Or events. It’s music that immediately goes out, gets out, stays out, has always been out, a glowing radius around the amp and drum kit, intimate even at volume.

On Soundkeeper, they look into the space past Gunn’s overloaded acoustic 12-string (“Curtain”), project movies in the sky over an empty beach (“Ocean City”), trace cloud shapes with muted drums and 6-string (“Windows”), and find expansive drumless horizons with Truscinski on lead drone (“Northwest”). Sequenced with intention, finding the right pieces of music and thought and conversation out of some xx hours of recording, "Soundkeeper" is more stated than statement, a vision shaped from openness, presented whole.

Though rooted in the loose lo-fi noise scenes of the early aughts, when Gunn focused on experimentation and Truscinski tumbled with western Massachusetts units like X.O.4., the pair’s music often feels like sailing towards calmer waters, emphasis on towards. Born in parallel to Gunn’s emergent career as a lyrical guitarist and taut songwriter, it’s not hard to hear the ingrained sense of yearning melody that ties the two parts of the guitarist’s music together. And though John Truscinski is the drummer in the Gunn-Truscinski Duo, his other musical ventures--including his recent solo debut "Bridle Path"--rarely involve drums at all, holding or negating space with drones and microtonal washes and what Steve calls “focused void.” Together, Gunn and Truscinski wield themselves as a tool of the third voice, sometimes together by themselves, sometimes together with others, expanding to a quartet with Body/Head’s Kim Gordon and Bill Nace to record and perform a soundtrack for the Andy Warhol film "Kiss" in 2019.

While the bulk of "Soundkeeper" is drawn from sessions at Sonelab in western Massachusetts and Echo Canyon in Hoboken, two of the album’s anchor pieces (the 10-minute “Pyramid Merchandise” and the 16-minute title track) come from shows recorded at the band’s virtual home venue of Brooklyn’s Union Pool. With the familiar backroom clatter audible at first, the pair’s collective thought shimmers and coalesces in riots of sound, different elements popping into view like characters from a cartoon tornado or melodies emerging from overtones, sounding for a few seconds like a basement noise session, a dreamy Yo La Tengo jam, an ESP-Disk’ fire music manifesto, a Michael Chapman mourn, inside patterns and outside blasts. This music does not come out of nowhere.