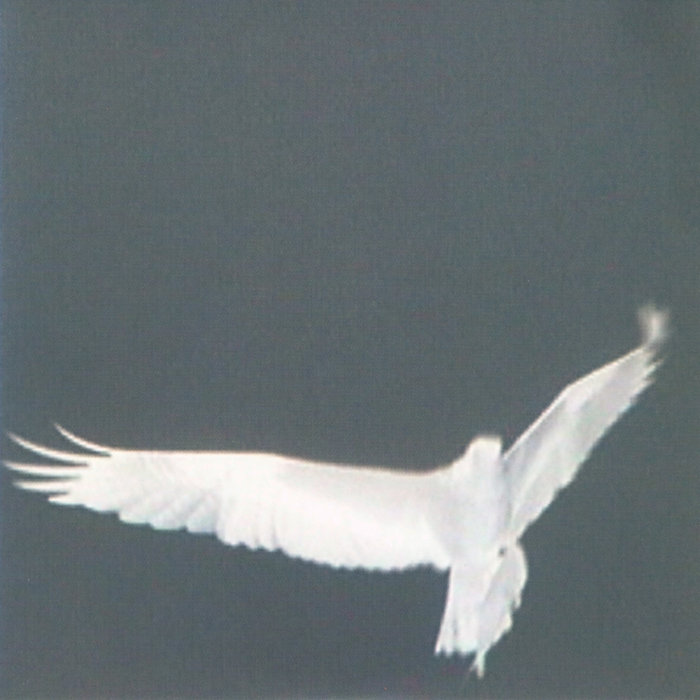 James Rovira I discovered Bardo Pond within the last six months or so and fell in love with their music immediately -- complex, highly musical compositions with rich texture.

jaccarmac Circuit truly, truly rocks in the second half, but the free-jazz violin magic in the middle of the middle of the first suite has my heart. Favorite track: Adrop (I. Invisible Fire. II. The Rebis. III. Latona).

twinlakes Never heard either of these Bardo records and am so glad they're being reissued. Love this more abstract side of theirs.

Where do you start with Bardo Pond? Ever since their first release in 1992, these Philadelphia stalwarts have continually amazed all comers with not only their songcraft and musicianship, but also with their steadfast and singular artistic vision. Close to thirty years and sixty releases later the trip continues unabated, their one true goal of flawless musical unity with the galaxy pressing ever forward. Not only have they outlasted many of their peers – and labels – with this pursuit, but their quest has created hyper-devoted fanbase but also a pool of folks sympathetic to Bardo Pond’s cause but a little intimidated of their deep catalog and unsure of just exactly where they are supposed to start. For these folks on the fringes, Three Lobed Recordings steps forth to definitely answer that central Bardo Pond question: start with Adrop and Circuit VIII. These two multi-movement suites drill down to the exact Bardo essence, each displaying how the band’s longest-running lineup at a sustained creative peak could so easily hit all of the facets of their sound and experimentation in equal measure. That said, these two albums serve not only as starting points but also as reminders to the Bardo faithful of why they have ridden with the band for so long.

As Gerard Cosloy points out within his essay contained in this newly remastered double LP release that places the complementary Adrop and Circuit VIII albums alongside one another, “to have ever viewed (Bardo Pond) thru the mere prism of “psychedelic” was myopic-to-the-max…” It is true as that is normally the phrase that is tossed around when it comes to discussing Bardo’s trajectory. Space rock? Hard rock? Art rock? God damned rock and roll? Hard to pin down avant garde experimentation? All of these elements – and psychedelia, naturally – play an essential role in the Bardo experience. The true beauty and where they separate themselves from the other denizens in the kosmiche sandbox is how all of these sounds mesh for them into one impossible to recreate whole. The structure and content of Adrop and Circuit VIII prove and re-prove this thesis in spades.

Adrop makes up this release’s first LP and its suite format covers all manners of territory over its thirty-three minute running time. In almost equal measure the listener is enveloped in a droney opening movement whose hazy, guaze-y atmospherics phase in and out, a middle movement where the brothers Gibbons’ dueling guitars set out straight through the ionosphere with the band’s full might and propulsive fury behind them, and then concluding with a final phase of fingerpicked acoustic guitars augmented when needed by percussion and flute. Circuit VIII takes almost the inverse tack as after a short drone introduction a close to ten minute long multitracked acoustic guitar workout. Those guitars dissolve into a highly spaced wash of electric guitars alongside flourishes and gurgles which slowly build into a towering Sabbath-worshipping sludge monolith. This fury eventually recedes a bit to allow Isobel Sollenberger to turn in an extended vocal run before the track trails away in a roiling and textured electric guitar grind. Good luck finding a more out way to spend forty-four consecutive minutes.

Adrop and Circuit VIII were originally released in 2006 and 2008 by Three Lobed Recordings as installments within two of the label’s formative limited edition CD subscription series. Subscribers quickly understood how these performances were special and stood as high water marks within the band’s catalog. That cherished position has remained and grown over time for those hip to the their existence. The barriers have been lifted and this newly assembled double LP makes things easy for old heads and new heads alike. Where do you start with Bardo Pond? Adrop / Circuit VIII is the answer.

Recorded between 2005-2007 at the Lemur House in Philadelphia, PA
Produced by Bardo Pond and Michael Gibbons
Mastered in 2019 by Patrick Klem

Dedicated to Lorraine, Gary, Wayne, Bailey, Mia, Sapphire JJ, and Ziggy.
Thanks to Cory, Gerard, and all of our beloved sisters and brothers.