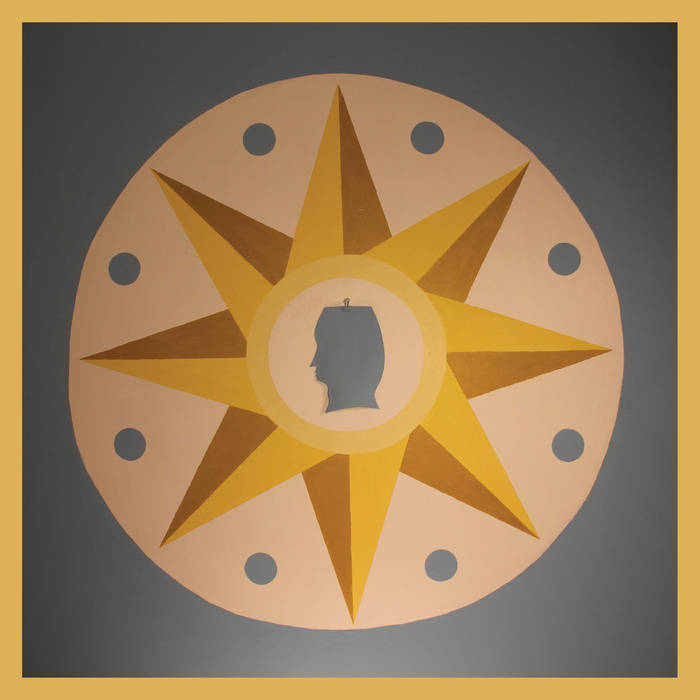 Levrikon What an album. Dark, disturbing ambient noise tracks sit uncomfortably alongside roughly gorgeous acoustic guitar pieces. Part John Fahey, part Amps for Christ, and still all its own. Anyone who can make an 18 minute noise piece feel like no time at all is a genius. Favorite track: Song for the Setting Sun III.

Evan Dixon Perfect for early morning -- feels like sitting on the front porch with a cup of coffee and listening to Daniel play the guitar just a few feet away. Love this album.

Otis Nugatory Album of the Year 2018. Hands down.

J. M. Hart aka rowjimmy Psychedelic without any of the baggage associated with the term. Open, transformative, music; played honestly. This record refreshes me like meditation and is one of the best of 2018. Favorite track: Invocation.

The very act of change is a natural state. Just as order seeks disorder and high and low concentrations seek equilibrium, musicians, like all other humans, are not immune from these transitional forces. For the musician, change occurs if and as their art is to evolve. Sometimes it takes the form of a conscious choice and other times it is an act dictated by outside forces. In those rare and inspired instances, a musician’s changes represent an evolution in their craft. Daniel Bachman’s "The Morning Star" in one of these moments.

"The Morning Star" is the product of various change elements directing themselves at Daniel Bachman. First, the months following the recording and mixing of Bachman’s 2016 self-titled album saw him physically move from his multi-year residence in the North Carolina Triangle area back to his native Virginia. Next was the 2016 American presidential election. While not an overtly political album, "The Morning Star" is truly an artist’s personal reflection on the chaotic days and nights in America following the revelation of that election’s results. Lastly, a focused period of listening, reflection, and space to come down off of a heavy few years of touring created a few changes in Bachman’s writing style that took him a period of time to truly feel comfortable with. Never one to compromise songwriting quality despite his otherwise prodigious output, Bachman’s efforts to change things up a bit result in exceptionally patient and mature works such as “Song for the Setting Sun III,” a song whose very form would have taken different directions in prior eras. All of these factors combined to leave 2017 as the first calendar year since Bachman started recording and releasing music that he did not issue a single release. While "The Morning Star" sits as the sum of these parts and represents a transformed Daniel Bachman, that very point should not surprise those who have followed his path so far.

"The Morning Star" begins with the side-long “Invocation” which is reminiscent of the two drone-focused variations on “Brightleaf Blues” from Bachman’s 2016 self-titled album. Its placement here is a statement of intent, a break from the exacting studio sounds of his two most recent albums. “Sycamore City” is replete with the sounds of insects, vehicles, and a summer rain storm. The recording is so effortlessly one with its own particular environment, presenting itself almost as if the listener is walking within their neighborhood and stumbles upon the sounds of a contemplative guitar player coming out of a window on a mid-summer evening. The ghostly and focused “Car” is a new sort of guitar-free work within Bachman’s oeuvre. The track opens with – and continues to feature the foundation of – an organ done that leads into a series of manipulated AM radio recordings. “Song for the Setting Sun III” and “Song for the Setting Sun IV” thematically return "The Morning Star" to two of the centerpiece tracks from 2015’s "River." “III” starts deliberately and gains steams as it progresses to a Fahey-conversant midpoint before transitioning back to a variation on the song’s original structure. The recording is vibrant and full of location-specific details such as a creaking chair and a police siren. Fully lived in and confident, it is a track that demonstrates how far Bachman’s compositional skills have progressed from his earliest recordings. “IV” shares that same confidence, punctuating its long run with slides, a deliberate performance, and field recordings of frogs, crickets and other nocturnal fauna. Following on the heels of the buoyantly open “Scrumpy,” "The Morning Star" pulls matters to a close with the epic “New Moon.” Underpinned by an organ drone, Bachman slowly unspools a pensive and breathtaking performance of a truly gorgeous and moving composition. Tempos change and the drone eventually fades away, leaving only Bachman’s emotive guitar as the track slows to a conclusion. Those lucky enough to see Bachman perform in 2017 may recognize the composition as one that would frequently close his sets.

Change is natural and change is good. In the case of Daniel Bachman, gone is the player who originally played with such an irrepressible power. "The Morning Star" demonstrates that years have permitted Bachman to grow into a complicated and transfixing performer whose compositions bear a sympathetic ear with few peers. If it sounds like high praise, it should. Daniel Bachman’s "The Morning Star" is the complex, seemingly timeless, and beautiful album that we all need now more than ever.