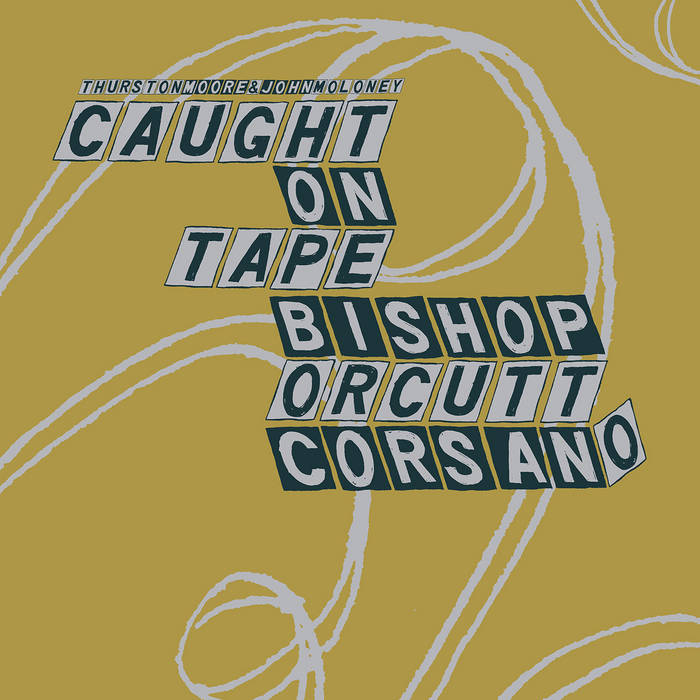 *PHYSICAL LP OF THIS TITLE AVAILABLE FROM THIS LINK* - threelobed.com/tlr/parallelogram.html

Thurston Moore, Alan Bishop, Bill Orcutt, John Moloney, and Chris Corsano are five of the most uncompromising and visionary voices to emerge out of the last quarter century of American underground rock. It is an honor to capture all of these artists within the confines of a single album for this raucous and boundary-free volume of Three Lobed Recording’s Parallelogram series. Thurston Moore and John Moloney’s Caught on Tape project presents a side-long deconstruction of “Ono Soul.” Freed from the constraints of being a three minute and change “pop” song from Moore’s 1995 classic “Psychic Hearts,” the track uses the original material to bookend a roller coaster of squall, feedback, and the intuitive exchange between Moore and Moloney. The Bishop/Orcutt/Corsano side reflects one of the only two ever performances as a trio of these underground luminaries. Proof that like kinds will always eventually drift to each other, the charging and lurching energy that crackles through their set proves without a doubt the depth of the connection between the three performers. The set of improvisations wraps up with “Politician,” easily the most incendiary and twisted Cream cover ever set to tape. Both sides of this album were recorded during some of the day shows Three Lobed assembled during the last several years at the Hopscotch Music Festival.

The Parallelogram collection originated in the particular magic that comes from finding the *right* musical pairing. We’ve all experienced the perfect song at the perfect time and know how electrifying it can be. The set and setting that combine to make those jukebox choices, mix tapes, or playlists really work can be so hard to define, but easy to identify once they are out there in the wild. Part of the fun for Three Lobed Recordings has always been trying to divine the alchemy of pairings that work to our ears. These efforts have time and time again taken the form of collections and collaborations, both as multi-volume releases (ranging from the trio of multi-disc series to the Not The Spaces You Know, But Between Them box set) and single albums (such as the collaborative albums from Golden Gunn or the Hagerty-Toth Band to the Eight Trails, One Path compilation). With this thought in mind, Three Lobed proudly presents Parallelogram, a collection of five carefully assembled split albums celebrating complementary musical pairings.