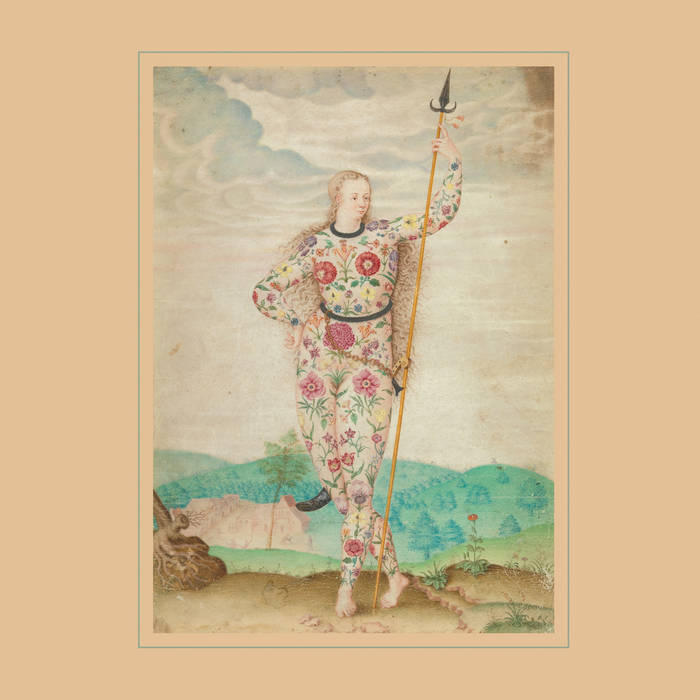 Levrikon There was no way Bachman was going any further with the style he perfected on The River, so he didn't even try. Instead, what we have here is a rebirth; a new self-titled album to start the next chapter in his amazing career. Rather than leaning on steel-string virtuosity, Daniel Bachman [2016] is dark and atmospheric, introducing strange drones and found sounds into the mix. This album proves that Daniel can do anything. Favorite track: A Dog Named Pepper.

Michael Mueller This album is just so rich in details. The playing, whist always being exceptionally deft, is full of feeling. The riffs and repetitions evolve and develop, allowing for precise flourishes - usually bended or sustained notes - to add colour and contrast to each piece.

Tonally, this is like copper wire. Or shafts of hay. Rural, rustic, strong and deeply evocative.

This album really shows what an sublimely talented man can do with clear sense of purpose and an acoustic guitar. Favorite track: Wine and Peanuts.

John Cratchley OK, Daniel Bachman comes of age...as the blurb says, he isn't the prodigy anymore...what a relief for us all! Now he has that Monkey off his back he can just go for it and stun us into disbelief at his talent all over again...

There are few things worse, or more damning, than peaking too soon. Just ask anyone who accomplished their greatest work before barely hitting the quarter century mark. Ask Orson Welles; ask any Olympic gold medalist. Wheaties boxes, increasing public indifference, and diminishing returns. Is that all there is?

Guitarist and former wunderkind Daniel Bachman, at 26, can no longer be considered “precocious.” On even his earliest recordings, released under the moniker Sacred Harp, Bachman’s guitar prowess and compositional voice were staggeringly mature. There was something refreshingly novel about a guitarist not old enough to vote possessing such clarity of vision. But novelty wears off, and even the most big-eared benefactors are likely to become fickle and disinterested over time; the fans who do happen to stick around may begin to hold you to impossibly higher standards – after all, you’re not a kid anymore.

And so it is a pleasure to hear Bachman, with his new self-titled album, so confidently answer the bell with an album that serves as both riposte and reckoning. If you’re not with Bachman now, the album seems to declare, you never were.

“Brightleaf Blues (I)” opens the album with an enveloping acoustic drone, Bachman conjuring with his slide a kind of signpost that welcomes us into the album. The drone gives way to lyrical, insouciant-sounding single note slides, which gain a quiet momentum throughout the piece. “The Flower Tree” is aptly titled, not just because the piece’s unhurried transformation from seed to full bloom is a thing to behold, but because of the small intricate details within, like the way Bachman’s percussive arpeggios foreshadow the knotty, turbulent theme that follows. Here the guitar is cast as a suddenly wild and intractable thing, like a ventriloquist’s dummy that becomes self aware and must be subdued or suppressed by its master. By the end of the piece, one imagines Bachman is drenched in sweat.

“Wine and Peanuts” is an evocative title, one that speaks to the dualism in Bachman’s work. Though his attack here, as on “The Flower Tree,” is forceful, almost violent, it is never inarticulate or blatantly exhibitionistic. Listening to Bachman’s quick, nimble lines can make one feel like that meme of Michael Jackson giddily shoveling popcorn into his face in anticipation during the movie theater scene of the “Thriller” video, but his music just as readily complements moments of quiet reflection. Consider “A Dog Named Pepper,” which showcases Bachman’s pastoral, placid side, recalling the stoned impressionism of early Windham Hill LPs, minus the stuffy grandiloquence. The tune’s wandering melody is broken up by gaps of silences and negative space; indeed, the song’s final minute is little more than the sound of car tires slowly approaching over a gravel road, reminding us that “A Dog Named Pepper” is a song that deals not only with time but of distance, of roads traveled and misremembered, of how every route is a choice that, by necessity, leaves other destinies unchosen and unknown.

“Brightleaf Blues (II),” like its counterpart, begins with a drone, this one softer and continuous, from which wide, keening slide guitar notes emerge like slowly expanding bubbles. Bachman sounds deeply connected to his environment here, the probing lines maintaining a steady, simmering focus over most of the piece’s quarter-hour duration. Then, about two thirds of the way into the piece, the slide guitar disappears, leaving only the drone, which now rings with icy, almost shrill, overtones, like the light from a nearby window hitting an ice sculpture in such a way that it temporarily blinds anyone looking at it.

“Watermelon Slices On A Blue Bordered Plate,” Bachman’s take on the riverboat tune, may evoke the expected images of swamps and (it must be said) Fahey circa Of Rivers & Religion, but Bachman’s compositional style deftly sidesteps such clichés. The album ends with a rendition of the hymn “Farther Along.” Bachman’s choice to extract and ruminate on the tune’s melancholic aspects further reveals his good instincts: he plays it a bit like a nonbeliever, which is probably the best way to play it. His rendition suggests transcendence not as a given but as one of many possibilities, a best-case-scenario. Maybe ours are merely transitory struggles, the song seems to say, but then again, maybe they’re not. Truly a song for these insane times.

With Daniel Bachman, the guitarist has made his most cohesive statement yet, an album by which future solo acoustic guitar albums by grown-ass men and women can and should be judged. Think of it not as Bachman’s Citizen Kane but as his Mean Streets. In other words, just you wait.