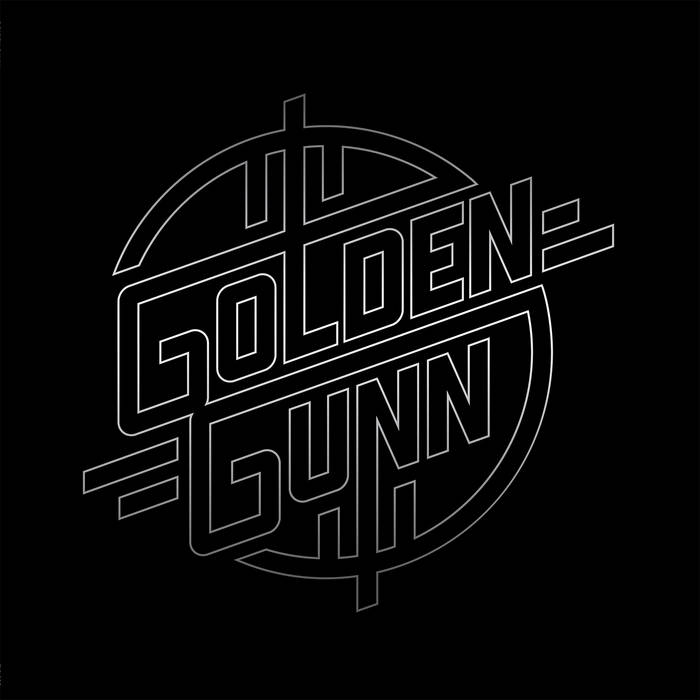 verlynn74 This is one of my favorite records. I play it often... I hope for a sequel

If you are looking for the LP of this title, please follow this link - shop.heavenandearthmagic.com/album/golden-gunn

--Golden Gunn: On Dickie Silk and the Hard Road Home--

Have you heard? Dickie’s back in town. You remember when you could predictably find his sweet old rig parked cockeyed outside Bloopers night after humid night, and Dickie at the end of the bar, shaking a bum leg and punching the jukebox (or your shoulder), between pulls on a cheap bottle and an Old Gold, between long hauls up and down the Eastern Seaboard? Those white-line feverish weeks are done and gone, and Mr. Dickie’s not looking right. He’s listing to the left, full tilt and wide open. These days he will not buy you a sweaty Michelob or a shrimp plate at quittin’ time. He will not shoot pool with you. In fact, you don’t want to hand him a cue for fear he might use it someways to hurt the guy looks at him sideways.

No one knows where’s he been for the past nine years, and it’s not entirely clear that Dickie Silk remembers himself. He’s quiet on that subject, and on most others too. Some say Okeechobee, some say outside Albuquerque. Others say Belize City, or Cat Island, somewhere beach weirdos and smugglers hide out in the ugly, sinister sunlight. Dickie has an unsettling way now of staring hard at your worried forehead through his BluBlockers and gazing through you as through a pitiful, ragged ghost, squinting down the rutted highway, past the rank cypress swamps, into the mean, gunmetal center of what he lost, what he knows.

Dickie has composed over 900 ringtones, some of which his buddy Chester has sold through an AOL chat room. He doesn’t write songs any more; now they write songs about him. He’s been to the death house.

Dear listener, who, you may ask, is Dickie Silk? The guru and mascot of Golden Gunn, who inhabits these lapidary and occasionally lascivious grooves, Dickie Silk is an inimitable specter, a full-hearted but road-damaged truck-drivin’ man, a sad latter-day Stagger Lee, who dwells along the long distances these nine songs travel. This is a highway record, inspired by a chance meeting at a Slip-In station on a country byway off I-85 in Emporia, Virginia, near the North Carolina border. As such, it exists in the bleary-eyed distances between places, between players, and it is all the more compelling for its lostness and lacunae.

In September 2012, songwriter and singer M.C. Taylor of Durham, North Carolina; multi-instrumentalist and recordist Scott Hirsch of Brooklyn, New York (who together helm the critically acclaimed Hiss Golden Messenger); and accomplished New York-based guitarist and songwriter Steve Gunn (recognized for his virtuosic solo practice as well as his work with the Gunn-Truscinski Duo and GHQ), were motorvating from Raleigh to Monkton, Maryland, hustling to get to Hammy’s wedding on time, when they encountered Dickie vociferously buying a pineapple soda from the Slip-In attendant. He needed an extra thirty cents; he needed a ride. The transmission on his yellow Pontiac, which looked strangely familiar to Steve, was gutted. “She sure was a sweet ol’ bitch, but I’m all thumbs now,” Dickie lamented. He rode shotgun in their Lincoln Continental and told the boys his story, including an anecdote about driving a Zamboni for a Canadian high school hockey league in the early ‘90’s. He asked them to let him out in Cockeysville for a crabcake.

Originally engaged as a fanciful and casual collaboration between Hiss Golden Messenger and Steve Gunn, under the newfound artistic direction of Mr. Silk, Golden Gunn instead gradually developed into something more singular, evocative, and visionary. Trading loose concepts and recordings back and forth across state and Mason-Dixon lines, Taylor, Hirsch, and Gunn conjured these tunes in response to the rhythm tracks Dickie programmed on his antique drum machine. When they could reach him, Dickie weighed in with elliptical comments and encouragement—things like “I reckon that jam could be slightly sneakier” or “I recommend the conch fritters”—but his flip phone was always breaking, and by the time they were ready for mixdown, he was reportedly in Malaysia, in some kind of deep, arduous pickle.

Formally speaking, the largely instrumental album includes some new selections and confections from the Hiss Golden Messenger camp, as well as working through some Gunn sketches and compositions. (“A Couple of Blackbirds” is a faithful cover of an exemplary Silk ringtone, the only straight homage to which he consented.) But here the constituent materials are utterly transformed through the amber BluBlockers of Dickie Silk, honed into an altogether stranger collaborative session vibe, copping feels from Silk favorites like J.J. Cale, Waylon Jennings, Boz Scaggs, and the Average White Band. Featuring additional contributions from HGM tillerman Terry Lonergan on drums, Abigail Martin on flute, and Nora Rogers on mountain dulcimer, the resulting rig maps the scary wrong side of the country-funk tracks, exploring the odd, compass-busting entanglement of plodding old drum machines and sinuous, simmering guitars and synths.

Dickie’s been gone, but now he’s back in town. You better listen, and watch. It’s dark out on the road tonight, and hot as hell.