Crows In The Basilica 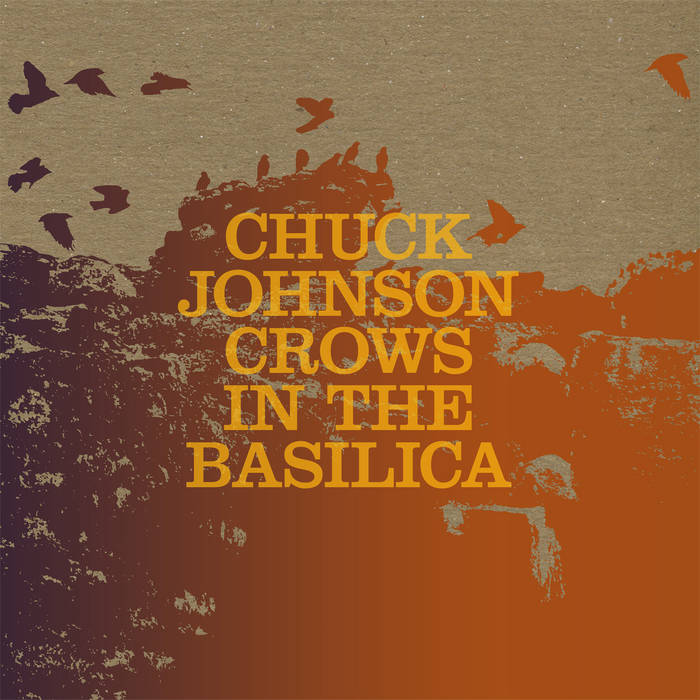 Mister Meows The first few bars of “Across White Oak Mountain” are a harsh attack, but then it melts down and becomes a stream of meditative picking and oneness with all. Favorite track: Ransom Street Blues.

warstreets Turn off the chatter and listen.
more...

“At first glance, the titles on Chuck Johnson’s Crows in the Basilica suggest an artist both aware of and in touch with his surroundings. There are mountains, creeks, sand; towns, streets, basilica; crows, geese. Skim Johnson’s liner notes and this sense of outward attention expands. Songs are based on raga improvisations and Chinese melodies, the Piedmont Blues of Carolina pioneer Elizabeth Cotten and the mountain guitar of Appalachian legend Roscoe Holcomb.

But despite how conscious Johnson is of what’s going on outside–both outside his window and outside our borders–his journey on Crows in the Basilica is as much internal as external. Johnson’s references to the elements around him and the art that inspires him are launching points toward the wider realms of nature and music, but they also propel him inward, toward introspection and self-reflection. In fact, for much of these eight masterful tunes, inside and outside are mirror images, each influencing and guiding the other in a recursive loop of creativity.

Which is to say that Crows in the Basilica makes you hear, see, think and feel. While “Ransom Street Blues,” a tune Johnson wrote 15 years ago, conjures images of whistling blades and blowing branches, it also inspires melancholy optimism, the feeling that everything will be all right even when it’s not. The looping line of “Albion Source” recreates rolling scenery viewed from a train window, but it also mimics memory’s endless mental filmstrip. And though it’s easy to imagine attending a hushed, wordless Eastern ceremony during “Wild Geese Descend On Level Sand” (played on a 12-string in the spacious Mills College concert hall,) it’s just as easy to get involuntary shivers from Johnson’s precise, ringing notes.

Johnson’s unity of thought and feeling crests during the album’s apex, “On a Slow Passing Ghost Town.” Opening with an instantly classic melody, it spends a serene, thoughtful eight minutes evoking every idea and emotion you can imagine, and a few you can’t. Here Johnson’s already-formidable patience approaches the super-human; even when the tune starts to roll and rush, he’s so in control of every nuance that I was convinced I’d heard the song before, so timeless and utterly natural is its path. I can see the ghost town passing; I can hear its rustle and smell its fog. But I can also feel it bending my bones and shifting my pulse. That’s the peculiar power of Crows in the Basilica: whether its effects are physical or emotional is impossible to figure, and unnecessary too.”

Being from North Carolina, we at Three Lobed have long known of Chuck Johnson. Whether it was watching him lead a twelve piece guitar ensemble through one of his compositions at the old Transmissions Festival, rock in Spatula or Shark Quest, or provide otherworldly transportation in the acoustic trio Idyll Swords, his skill and way with musical phrasing led us to have him be one of the first folks we ever worked with (2002’s Idyll Swords contribution to the Purposeful Availment series). It has been with great interest that we have observed his dedicated focus on the acoustic guitar over the past several years. Chuck’s compositional voice and performance style represent those of a mature player, with a focus on what music should do for the listener rather than showing off what he can do as a player. His 2011 album A Struggle, Not A Thought (Strange Attractors Audio House) was one of our favorites from that year. The deeper we went with that album, the more we knew we wanted to be part of his ride. We could not be more thrilled to help bring you Crows in the Basilica.