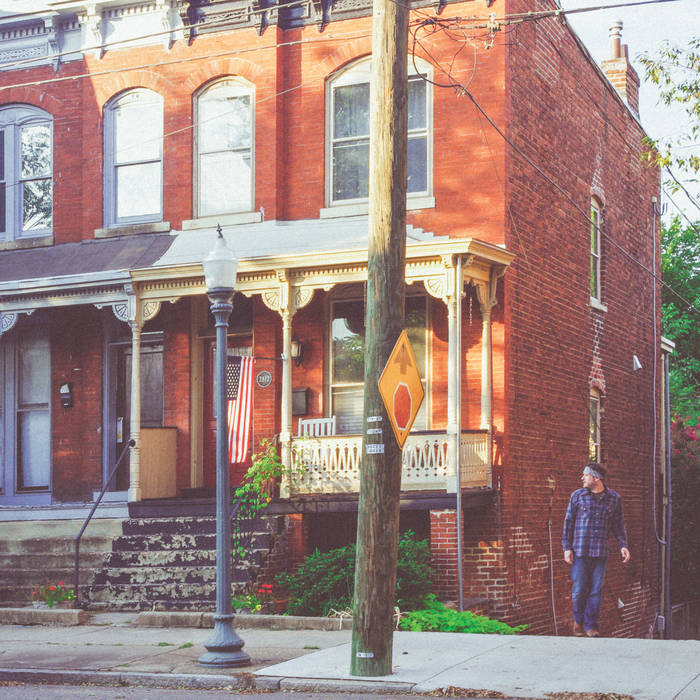 Solilians In a body of work filled with bloody masterpieces, this may well be
Wooden Wand's bloodiest masterpiece.

Was Ist Das? One of the albums of the year. Beautiful, mesmerizing and wise. Favorite track: Sacrificial.

Pastoral and ethereal, like mid-70's Neil Young. Puts me in mind of his strange, dreamlike epic, 'Will to Love', with a healthy dollop of David Crosby's spirit-animal balladry. A lot of lyrical twists and turns, and some guitar sounds as pure as a mountain stream in winter.

Great to hear an album that feels connected to the great tradition of American 'Americana' albums, but offers more than slavish imitation.

Sit on the step with a beer and a friend, and have a listen. Favorite track: School's Out.

frankenstein711 Slows things down in these sped-up times. Beautiful.

finemlcom Clipper Ship is a fantastic album. My favorite song, Sacrificial is absolutely perfect. The vocals are spot on, and the finger style guitar with the bass and melody lines moving around are a joy to behold. The physical recording is lush. The entire album is one of those records that stays with you, in the best way possible. Favorite track: Sacrificial.

Chickens were puzzling to early chemists and remain so. Despite a diet low in calcium, eggs laid by chickens contain a huge amount of calcium. Chickens, in that sense, are the only alchemists with proof that they are able to transmute an element; Wooden Wand’s 'Clipper Ship' album reminds me of that fowl alchemy, where the sum of songs’ parts add up to some impossible, elegant germination that cannot be reduced.

Drones and lush arpeggiated codas spin out in concentric fractal patterns; the finger picking of Kentucky’s own Nathan Salsburg on “Sacrifical” layers and weaves like harmonocist Hans Kayser described the octaval correspondences between the shapes of plants and musical notes. The hopeful acoustic line ascends, and repeats; the words reference modern master Trinie Dalton’s short story Scarlet Gilia, calling forth its volcanoes, bare feet, blood and love. The three part “Mallow T’ward the River” begins like a civil war ballad, then segues into a funky bass breakdown, and ends with Glenn Kotche’s sparse percussion that at turns sounds like a jump rope slapping the ground or a brush made of a thicket of grass: maybe mallow grass. It is surprising, hypnotic and stubborn. On this record a certain restless swagger or arrogance I have always loved in James Toth’s songwriting is changed; there is something introverted and peaceful. In “One Can Only Love,” a Yardbirds’ “White Summer”-style raga meets Toth’s Yaweh- John Donne-Don Juan lyrics; the narrator here is godlike, but humble, can learn, is loving. ‘You taught me to find peace / where there is no grace.’ Old Testament Toth is becoming New Testament Toth.

On 'Clipper Ship', the images, though they seem like they’ve always been there, still shock: like finding a cave in the woods behind your house. Phrases like: ‘the sun’s not going down/the sun’s just being shy/the clouds look heavy/like they’re duct taped to the sky’ have an erstwhile American dignity, like John O’Hara could have written them. They are not just words the songs are serving, however; neither one would resonate accurately without the other. Toth is hard to pin down as a vocalist; his voice is a compelling mix of channels: the intimacy of Pearls Before Swine, the cajoling of Judy Roderick, and the sly, gentle tone of Kevin Ayers. He and Ayers share that quality of more than one voice moving through their throats, like the wind touching a series of chimes in one breath.

In “Mexican Coke,” the narrator states, ‘You ask me why I carry cash around with me all the time,’ a dirty, old tech-- like he is answering a certain kind of modern listener: why the carefully considered words, why the dirty old tech of folk song and guitar chords? He doesn’t reference privacy, or fondness for a ‘simpler’ time. In “Mexican Coke” the value of the old object is relative to the currency that pays for the things of its time. Resale value is not nostalgia; the worth of the old thing is relative to the new thing it can bring. Like the forked stick of a dowser, acoustic guitar and gentle arrangements find those thoughts and hums that can only be caught by arcane tools, songs that breathe with the previous songs and breaths that built them, the format a cradle for the gifts of the collector. That just might be worth a cool grand to the right ears. James Toth is an obsessive, of words and melody, of records and books, and if he trawls through enough dusty silverfish riddles, old tunes, rusted twists of iron, a rare thing is found and transmuted into something new.

[Coda: Listening to this record today, and listening to it 2 weeks ago are completely different experiences. Now I hear a foreboding: an attempt at finding solace rather than solace. America feels foreign to me for the first time. Art in general feels frivolous; I have to believe records, books and work of the human imagination matter now more than ever. This is a good one.]

In a world of guitar players, James “Wooden Wand” Toth remains first and foremost a songwriter and lyricist. "Clipper Ship", however, presents a break in tradition: in attempting to emancipate himself from old habits, Toth wrote most of the songs on "Clipper Ship" 'music first,' adding lyrics later, a reversal of the tried and true method that has made him one of the most prolific and respected songwriters of his generation. The result is the most democratically-conceived, multi-layered, and musically sophisticated album in the vast Wooden Wand discography.

The song “Sacrificial” was inspired in part by Trinie Dalton’s short story “Scarlet Gilia,” from her book Baby Geisha