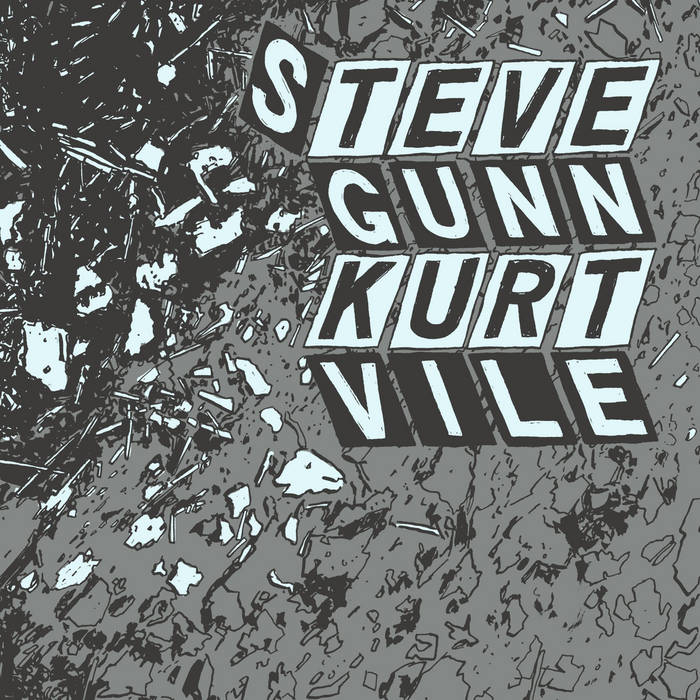 Chris McDowall I love this cover of Pretty Boy. And Spring Garden is incredible. And the rest too. Favorite track: Pretty Boy.

scott eff I was shocked to learn that this is a cover of a song by an artist that I don't normally care for. Thanks again, Kurt. You have brought nothing but joy into my home since I first heard Space Forklift all those many years ago. Favorite track: Pretty Boy.

Kurt Vile and Steve Gunn collaborated for their contributions to Three Lobed Recording’s Parallelogram series. The two artists, originally connected by mutual friends and geographic proximity, have long pushed the other’s continued artistic development. Despite sharing many live stages over the years, this installation of Parallelogram represents the first time that the two have worked together in the studio. Vile’s side sees him recast tracks by John Prine (“Way Back When”) and Randy Newman (“Pretty Boys,” featuring some truly electric guitar flourishes from Gunn) as if they were KV originals. The theme of reinvention continues with Vile tearing through a solo banjo rendition of his “Red Apples” (originally from his “God Is Saying This To You…” LP), retitled here as “Red Apples For Tom Scharpling.” Gunn takes on a late period Nico track, “60/40,” and pulls a lysergic rocker out of the track’s goth-ish roots. The bulk of Gunn’s contribution is the epically winding “Spring Garden,” a track in the vein of some of his other long-form guitar excursions. Featuring signature contributions from Vile and Mary Lattimore, this hypnotizing cut is unmistakably a new classic in Gunn’s catalog.

The Parallelogram collection originated in the particular magic that comes from finding the *right* musical pairing. We’ve all experienced the perfect song at the perfect time and know how electrifying it can be. The set and setting that combine to make those jukebox choices, mix tapes, or playlists really work can be so hard to define, but easy to identify once they are out there in the wild. Part of the fun for Three Lobed Recordings has always been trying to divine the alchemy of pairings that work to our ears. These efforts have time and time again taken the form of collections and collaborations, both as multi-volume releases (ranging from the trio of multi-disc series to the Not The Spaces You Know, But Between Them box set) and single albums (such as the collaborative albums from Golden Gunn or the Hagerty-Toth Band to the Eight Trails, One Path compilation). With this thought in mind, Three Lobed proudly presents Parallelogram, a collection of five carefully assembled split albums celebrating complementary musical pairings.

**NOTE - A la carte versions of this album with different packaging can be purchased here - threelobed.bandcamp.com/album/kurt-vile-steve-gunn **

Recorded and mixed between January and July 2014 by Jeff Zeigler at Uniform Recording in Philadelphia, PA.